Why One Leawood Couple Chose the Fairways of Ironhorse for Retirement

‘Ready to Really Retire:’ Why One Leawood Couple Chose the Fairways of Ironhorse 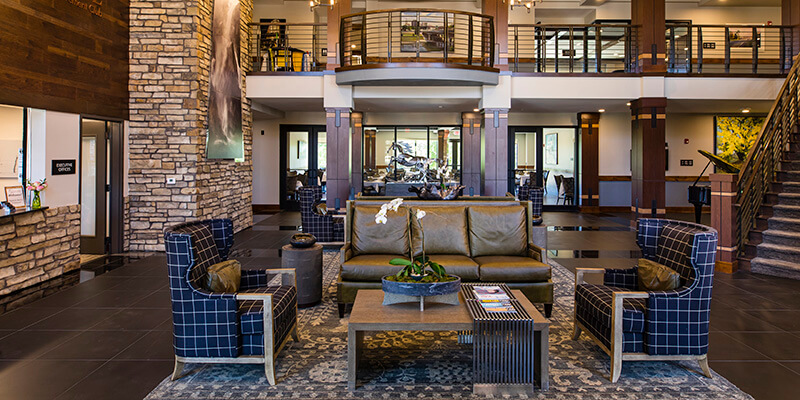 Preparing to downsize can sometimes result in unforeseen obstacles. That’s what Sue Vandenberg discovered when she and her husband decided to look for their next home.

A neighbor had mentioned the Fairways of Ironhorse, but Sue and her husband had already decided on a continuing care community. Yet when they found out the community wouldn’t meet her husband’s continuing care needs (after putting down a deposit), they were back to the drawing board—but not for long.

“I remembered what my neighbor said about the Fairways of Ironhorse, and I went to look at it,” Sue says. “The amenities were very nice, and I liked that it’s brand-new. The people are very friendly, and the location was also a factor—it was nice being practically in the same neighborhood.”

Sue and her husband decided to become members of the Fairways of Ironhorse, the first Boutique Retirement Club in the U.S. Instead of buying a home, member-residents pay monthly membership fees that include their brand-new, state-of-the-art private suites that are available in a variety of floor plans, not to mention an enviable array of amenities that allow for recreation, learning and enjoyment.

Speaking of floor plans, Sue says she and her husband debated two options: a one-bedroom and a two-bedroom floor plan, both on the first floor so that they can easily take their dogs outside.

“We decided on the two-bedroom because we’ll have visitors,” Sue says. “That pretty much made the decision for us.”

The actual process of downsizing has been a bit daunting, as the Vandenbergs are transitioning from 3,000 square feet (plus a basement) to about 1,000 square feet. Yet Sue’s also taking advantage of an opportunity to start a new chapter.

“I decided I would buy new furniture for our new home,” she says. “One of the things I bought is a new bed that has deep drawers underneath for storage, which I think will be a lifesaver.”

As Sue and her husband prepare to move to the Fairways of Ironhorse, Sue says she’s excited about an opportunity to truly enjoy this time in her life.

“Having everything right there—a gym, a pool and a restaurant from PB&J so I don’t have to cook—will be wonderful,” she says. “I’m ready to really retire.”

Thank you everyone who came out to the Wellness Event yesterday at Fairways of Ironhorse - Boutique Retirement Club!

We loved having the opportunity to share with you all our new role as the club’s Wellness Concierge Service!

Thank you also to Overland Property Group
for hosting such a wonderful event and all the other vendors for their fun booths and information! New Year, Better You! ✨ ... See MoreSee Less

New Year, Better You is TOMORROW!!

Stop by the Fairways of Ironhorse - Boutique Retirement Club from 2pm - 5pm for an interactive walking tour full of activities, snacks, and fantastic vendors!

We are proud to honor our veterans! Here they are standing in front of a memorial wall to honor their service, which we are forever grateful for. 🇺🇸 ... See MoreSee Less

Allen and his wife Genie meet members for a toast to our November birthdays! 🥂🎂🎉 ... See MoreSee Less